Also, below are the various articles in this issue and a link above for an archive of past issues.

Research After ResTech: How Emerging Research Technologies Will Challenge and Change What We Do

The Critical Need to Read Body Language in Qualitative Research

Qualitative research has long relied upon verbal responses to discussions/interview questions. This method appeared to work well, until it didn’t. It has become evident that what a research participant’s body language says is just as important, if not more important, than what they verbally say. It is time for qualitative researchers to add formal body language training to their professional toolbox. The good news is there are training and certification options to help you become a Micro Expression Practitioner or Micro Expression Master. […]

Why is it So Hard to Rest?

The Long and Winding Road: Kathryn Campbell on the Journey to Positioning Yourself and an Insights Center of Excellence

Data privacy is becoming increasingly important, and also increasingly confusing. The global head of compliance and quality for Cerner Enviza discusses best practices for maintaining confidentiality and also abiding by privacy laws when practicing qualitative research. The article includes advice on how to best handle any incidental disclosure by respondents. […]

Usability Testing with Corner Store Owners in Pakistan: A How-To (and How-Not-To) Guide

When researching within the fast-and-loose world of corner store owners in Pakistan, Western design principles and User Experience research methodologies often do not apply. Issues such as cramped spaces in stores, cracked phone screens, dialect differences, and a target of technology novices can derail your research. Based on personal experience, Usama Waheed (co-founder at dli5) explains why many traditional UX techniques do not work in these situations and then shares UX methods he has developed to adapt to this market […]

After years and years of the same routine of traveling between cities and adjusting to different time zones, all while squeezing in analysis and drafting reports whenever she could, seasoned business traveler and qualitative researcher Susen Dunmire shares how breaking her norm helped her uncover ways to rejuvenate and revitalize. While previously she was usually drained by the end of the week, this article shares way that she was still energized and focused at the end of a multi-city travel week. […]

Mike Carlon reviews April Bell’s book, The Fire Starter: Igniting Innovation with Empathy. Carlon and Bell both work as qualitative researchers, and Carlon outlines why Bell strongly builds and then outlines why and how empathy should be the cornerstone for innovation. […]

The Extended Mind: The Power of Thinking Outside the Brain by Annie Murphy Paul, Houghton Mifflin Harcourt, 2021

Qualitative Researcher and book reviewer Oana Rengle shares why she believes The Extended Mind: The Power of Thinking Outside the Brain by Annie Murphy Paul is the best nonfiction book she has read in years. […]

Atlas of the Heart: Mapping Meaningful Connection and the Language of Human Experience by Brené Brown, Random House, 2021

Sign up for our newsletter and join our social community. Find out about new stories, upcoming events and opportunites. 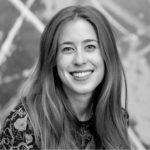 KEVIN and ZOË appear on Zoom with cameras and mics on.

Kevin is the founder and current CEO of Screen Engine/ASI, one of the few firms in the world that conducts specialized research on Hollywood’s movies and television content.

Zoë is a consumer researcher and strategist in the tech industry who also serves as the editor of the VIEWS Luminaries column.

Kevin sits in a leather club chair. There’s a floor-to-ceiling bookshelf behind his right shoulder.

Zoë has a virtual Zoom background to create the illusion of having a bookshelf despite being in a small Brooklyn apartment.

Great to meet you, too. Thanks for doing this.

My pleasure, I’m really excited about learning more about your unique career. Can you start off by telling me a little bit about your company?

I run a company called Screen Engine/ASI. We test between 60 to 70 percent of all movies that conduct early test previews in Hollywood, and the same for the pilots of series on broadcast, cable, and streaming services. We also test advertising materials and promos, and track movies and television shows both before they come out and once they’re released into the world.

Thanks, I’m on my book tour right now, so it’s been intense. Simon & Schuster is the publisher. I’ve been running around doing all kinds of interviews, podcasts, and webinars.