A banana is a banana, but somehow a banana with the Chiquita sticker on it tastes so much better. Consumers go to Walmart expecting “everyday low prices” and to Target for “mass with class,” though both stores sell similar merchandise. These are enduring examples of effective positioning, where a brand’s identity is built around a single simple differentiating trait that gives it a unique place in the consumer’s mind. 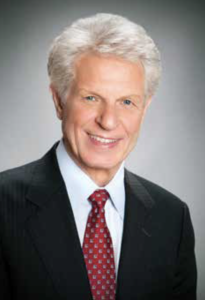 Al Ries and Jack Trout are credited with creating the notion of positioning. Together they wrote classics such as The 22 Immutable Laws of Branding and  Positioning: the Battle for Your Mind, which is considered one of the best marketing books of all time. Their ideas are as fresh and relevant today as they were nearly 60 years ago. In recent years, Al has worked with his daughter Laura to develop positioning and branding for major global corporations such as Disney, Microsoft, and Frito Lay through their company Ries & Ries.

In this interview, Al Ries shares his thoughts on how positioning has evolved since he and Jack first introduced their ideas to the world.

Kay: What is capturing your imagination in this age with regards to positioning in our tech-saturated, distracted culture?

Uber and Airbnb are two examples. Uber is destroying the conventional taxi industry and Airbnb is undermining the hotel business. And Amazon has caused serious problems among department stores and other retail outlets. This is just the beginning. Every major industry faces severe challenges as consumers switch  from shopping by foot to shopping by fingers. What most businesses fail to realize is that the Internet is a category. And a brand that tries to occupy a position in two different categories is bound to fail.

Kay: In spite of living in a digital world, have you noticed changes in the way market researchers position brands since you and Jack Trout published Positioning: The Battle for your Mind in 1981?

Al: Not particularly. But that’s not a complaint against market researchers. Most marketing people talk about “owning a position” in the mind. But they tend to try to do so by using out-of-date techniques. Before positioning, most marketing people considered advertising to be communications. They studied the product, its features and its competitors and then decided on a strategy that could be communicated via media. That’s not what positioning is all about. To position a product in the mind, you first study the minds of the prospects and try to find an “open hole.” Then you launch a marketing program to try to fill that open hole with your brand name.

BMW became the largest-selling luxury-vehicle brand in the world by filling the “driving” position in the mind, using the slogan The “ultimate driving machine”. Subaru is the fastestgrowing automobile brand in the American market because it filled an open hole called “four-wheel drive.” Tesla is worth $53 billion on the stock market because it filled an open hole called “electric vehicle”…while the Ford Motor Company is worth only $47 billion. Here’s the interesting point — almost every automobile manufacturer in the world has introduced an electric vehicle, but not in the consumer’s mind. They didn’t get into minds because they used their existing brand names. That created an opportunity for Tesla to get into prospects’ minds.

Kay: There’s a real art to doing this right. Is there one particular product or service that you feel has brilliant positioning? Why does that one stand out?

Al: Chobani, the first Greek yogurt in the mind. Chobani was introduced by a Turkish immigrant with no experience in the yogurt market. Today, Chobani is the leading yogurt brand with a 38% market share. But Chobani was not the first Greek yogurt in the marketplace. Fage, the authentic Greek yogurt — and the leading yogurt in Greece — was first in the marketplace. But Fage promoted the taste and the quality of its yogurt. Nine years after Fage was introduced, Chobani entered the American market and filled the hole in the mind called “Greek yogurt.”

Kay: And Fage tastes so much better than Chobani. How did Chobani win such a powerful position in the yogurt market?

Chobani was competitor-oriented. They asked themselves, How can we be different than any other yogurt brand on the market? Not necessarily in reality, but in the minds of prospects. The only real difference was “Greek yogurt,” the positioning idea that made the owner of Chobani a billionaire. Forget about trying to be “better.” The only thing that really works in marketing is being “different.” So study the minds of the brand’s prospects and ask yourself, How can our brand be different than every other brand in the mind? In the mind. Not necessarily in the marketplace.

Kay: What advice would you give to a young qualitative researcher fresh out of school who wants to specialize in positioning? What skills should they develop to be really good at their work?

Al: The researcher should study some basic principles about human minds:

There are many other principles, of course, but these are particularly useful in developing positioning programs.

Kay: It’s been wonderful hearing your ideas on how positioning brands has matured over the years—thank you so much for sharing your thoughts with our VIEWS readers.