The emotional state is the filter through which a person interprets everything that surrounds him/her. As a market researcher, I have taken great interest in constantly monitoring what happens in the consumers’ environment, because it helps me to understand why people might be feeling a certain way.

There are hundreds of factors that influence the mood of people and how they perceive the world. The way we behave is highly influenced by the way we feel. Moods can offer information for behavior-related judgments and appraisals, which in turn influence behavior and the people’s perception of what surrounds them. 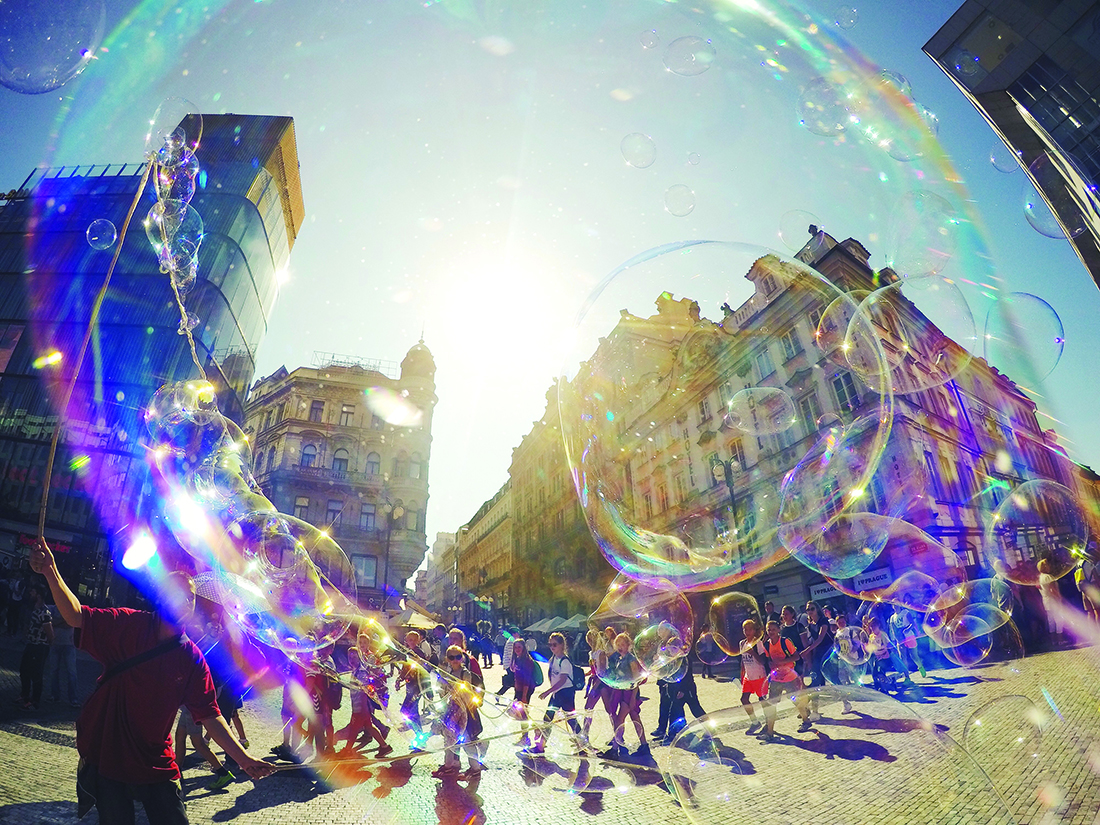 There are many sources of information that we could start checking out periodically to help us understand what might influence the social mood. For starters, we should check out what is new in the market and read reports about new trends around the world. For example, a very interesting new trend is called A-commerce (automated commerce):

Alibaba, the Asian leader in sales, has created new-car dispensers. Many buyers already do most of their new car research online, then go to the car dealership knowing exactly what they want and how much it will cost. This new dispenser is just making it easier and faster for buyers.

Another relevant trend could be the one named “Assisted Development.” According to Trendwatching.com, this trend is defined as: “Post-demographic consumers are crafting new narratives of adulthood. In 2018, they’ll look to brands to help.” For example, Trendwatching notes that 15% of young people between the ages of 25 and 35 in the US live in their parents’ house; in the year 2000 it was 10%, a 50% increase!

Other examples of Assisted Deve-lopment are that 53% of Dutch millennials have little understanding of how to manage their expenses, and 55% of Britons aged 18 to 24 do not know how to set up utility bills when moving to a new place. Younger generations are having big issues in becoming independent and managing their earning and expenses.

Be Observant of Changes in the External Environment

Another highly important thing market researchers should consider is to be observant of any changes in the environment. These could be simple things, like changes in the government, but that have a huge impact in people’s moods. We have all seen the demonstrations related to Judge Brett Kavanaugh being confirmed as US Supreme Court justice.

Another example is #NoMore, a big movement that hopefully will help in ending domestic violence and solve the problem that 65% of victims who came forward reported no one helped them.

Yet another example of an external environment factor that impacted the market was the Women’s March in January 2017, which was the largest single-day protest in US history. This certainly affected all market segments, ages, and genders in the US and even registered a global impact. Immediately after the march, and watching all the statements from opinion leaders, here at NODO we launched—together with some QRCA members—a “blitz community” study using Facebook. We did this by posting on our FB accounts the question: What do you think about the Women’s March? We started getting immediate feedback and posts where people expressed how they felt. In only 48 hours we had gathered tons of information that was analyzed and organized into clusters to give us a sense of people’s opinions. As you can imagine, any moderator working with women (and even men) in the days or weeks right after the Women’s March could have benefited from knowing what the general positions and opinion were regarding relevant topics such as gender equality, women’s rights, immigration, health care reform, the natural environment, LGBTQ rights, racial equality, freedom of religion, and workers’ rights. 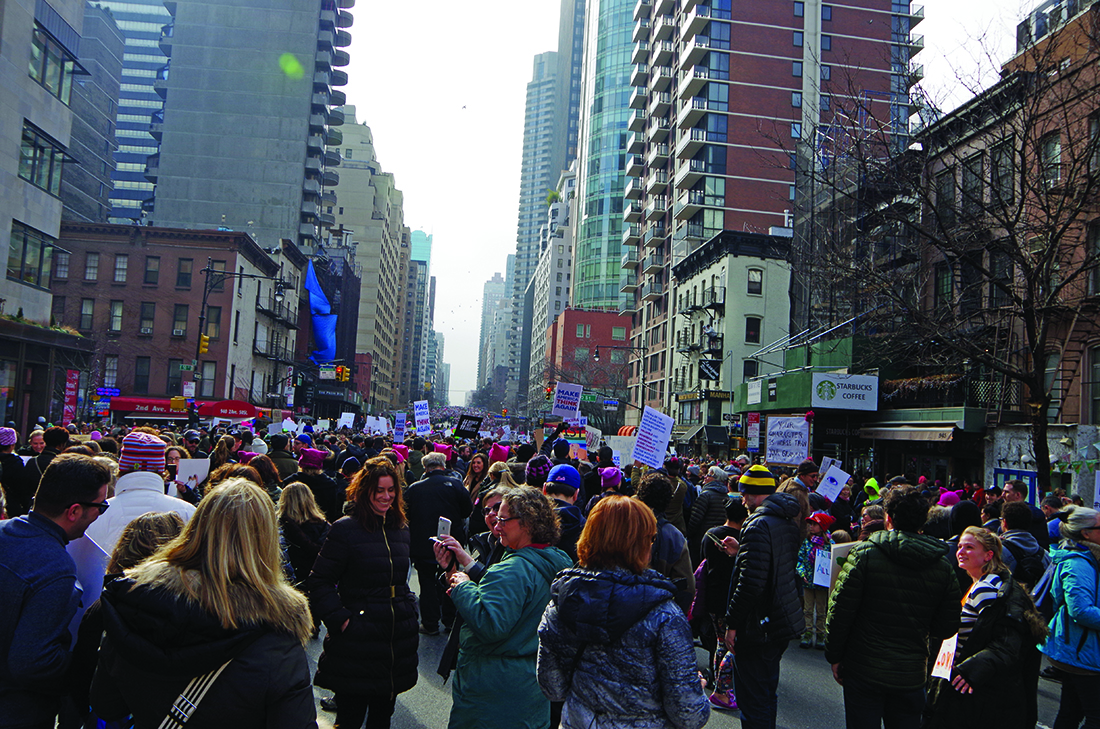 Factors like catastrophic natural events certainly affect how people feel and behave. Consider the perceived level of security in a country or even the status of a society’s well-being level. These are variables that will influence the social mood and how we interact with brands as well as products. At NODO in Mexico, we regularly conduct quantitative studies twice each year to assess how people feel. But when there are important events, we immediately launch a quant study to detect any shifts in the social mood. For example, right after the earthquake in September 2017, the Mexican people felt devastated, but we also noticed that they expressed pride about their peers who took to the streets to dig people out of the rubble, even with their bare hands. The feeling was of unity, of supporting and helping each other, and of being part of something larger than ourselves.

Tapping into and understanding the social mood is important in analysis. For years, we did evaluations of campaigns and advertising concepts. Out of every ten evaluated ads, on average, two of them had to be revised. But one day we began to notice that the number of ads that required revisions had increased to seven or eight out of ten. What had happened? It was not possible that suddenly publicists had gone stupid and no longer knew how to make ads.

We began looking for what had changed and discovered that the detonating variable of that shift in negative perceptions of consumers was associated with a disastrous economic crisis that the country was experiencing. It was December 1994, and in one single night most of the national reserves were lost, causing a devaluation of 300% on the Mexican peso and generating the famous “tequila effect” that affected all the world’s stock markets. But the economic crisis was not the only problem. For months, Mexicans had heard about the Free Trade Agreement with the United States. At the time, NAFTA promised to help Mexico become a first-world country where poverty would end and the middle class would prosper. However, as soon as the dream of a better country collapsed, and we were even worse than before, the state of mind plummeted to the bottom of a dark hole. Consumers were depressed and angry. Their hopes had been crushed one more time. This was not only an economic crisis, this was a crisis of morale.

Incorporate Your Insight about Social Mood into Your Research Approach

We all know that we cannot talk to someone in the same way when they have just won the lottery as we would when their loved one has just passed away. This is quite obvious in a personal relationship, but whole societies also can get depressed and have shifting moods. When this happens, not even yoga or meditation can bring the society’s mood back to its prior state. External events affect and infect us all!

And that’s exactly what happened with advertising in Mexico! During months before the crisis, the ads were rosy, hopeful, cheerful, and even naïve. For example, the Coca-Cola polar bears ad was the best evaluated for over 12 months. Then suddenly, the environment became aggressive, the bubble of the Mexican dream got blown up, and we no longer wanted to see tender and cheerful ads. Mexicans were disappointed, angry, and scared.

Advertisers also felt the shift in vibe, and they changed. The ads that began to please consumers the most had a mocking, almost aggressive tone. And so began the era of irreverent advertising, where the best-rated ad was one from PepsiCo/Lays where two old people are sitting talking with their grandson, who walks out of the room leaving his bag of chips. The elders start a clumsy race to get first to the chips—the old man uses his cane to trip the old woman, who falls face down on the floor. Every time we presented that ad, people laughed and celebrated the commercial.

As researchers, we should not feel comfortable with just creating an excellent moderator guide or discovering a list of golden insights and writing a report with recommendations. To really understand consumers, we have to open our eyes wide and be curious; we have to constantly monitor the environment and detect what changes occur (socially, politically, economically). We have to assume that the social mood can shift due to things like winning many gold medals at the Olympics or can change drastically due a shooting in a school. We have to take those events into account when we analyze data and consumer’s responses. We have to be informed and find many sources of information: social networks, news, trend reports, etc. We might even check which movies sell more, or which books are the best-sellers. Whatever happens in the environment could certainly help us understand how the social mood may be shifting and influencing how consumers evaluate the products and services that we, as market researchers, are testing.

As starters, we should include in all our pre-screeners some questions that help us perceive the general feelings of the people. For example, we could put a question like: How Happy Do You Feel?

Start by creating your own mood thermometer to help with awareness of people’s feelings and with interpreting any findings we may gather. Dedicate time each week to check what is going on around you, because it will certainly affect how people will react to whatever product you may be testing this week.

If you do quantitative work, make it a rule to always include 2-3 mood evaluating questions at the end of all your surveys. If you can, subscribe to a social network analysis software; there are tons of different ones. Social networks are an excellent source to input information into your own ‘mood-meter’.

It does not matter if your mood thermometer is very simple or if you have many sources of information, the important thing is that you understand that mood is affecting your work and how people interact and evaluate products, services, and brands. As long as you are aware of this, your approach to solving study objectives, your analysis, and your recommendations will be richer.