Can you think of a moment in history or pop culture that shaped your world view? In what ways did it affect you? It’s fascinating how indirect events and cultural trends can influence our individual needs, actions, and emotions—and in this piece, we will examine Xennials.

In the past, Xennials have been casually studied and depicted as older Millennials, and as you might have noticed, this was a generational analysis that never seemed to entirely correspond with this group’s experiences and outlook. Experts have identified Xennials, a microgeneration born between 1977 and 1983, to be sandwiched between Millennials and Gen X. Several sociologists and bloggers claim to have invented the term Xennial—the term is essentially a mash-up of Gen X and Millennial. But the experiences that have shaped Xennials prove to run much deeper.

Xennials are the last generation of children that grew up without the Internet just prior to the turn of the century. Sounds like the start of a dystopian eBook, but it’s not all that bad. 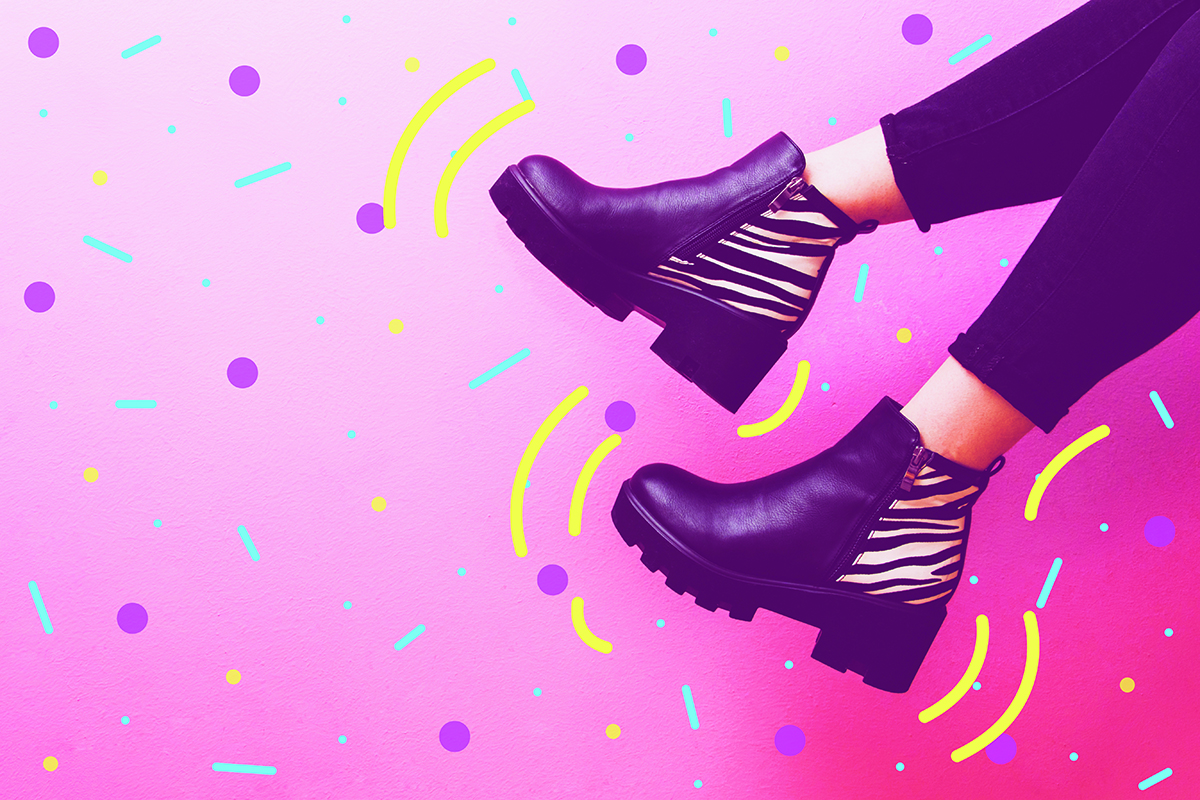 As a generation that experienced the world in an analog childhood, but likely went on to find an online job in a digital adulthood, this cohort has a unique hybrid point of view. In the broadest of strokes, Xennials tend to be open to new technologies and understand the rewards from embracing lifelong learning and change. Their perspectives are usually less cynical than Gen X, although they are more materialistic and have had more access to choices and options in their lives than Millennials.

Xennials were born into a time of paradigm-shaking televised news broadcasts, which for many, became their foundation. In grade school, they saw the Berlin Wall come down, and they recall footage of San Francisco Bay Area’s earthquake damage of 1989. They experienced the home front of the Gulf War (Desert Shield and Desert Storm) with the first live news broadcasts from the front lines. As teens, they felt emotional aftershocks from the Oklahoma City bombing and the death of Princess Diana. Many of them also remember the Lewinsky scandal and the tragedy at Columbine high school. This was an era where live factual accounts and survival stories were expected and appreciated, preceding scripted reality TV programming that grew more permissible by Millennials.

Over the years, Xennials have embraced the improvements and challenges of the digital revolution—and still do, during our Information Age. From homemade mix tapes to the equally sweet rewritable CDs (CD-RWs), .mp3 playlists, WinAMP and streaming services; from VHS to LaserDisc and DVD to Blu-ray and digital content; from Tron and War Games to The Matrix and the latest CGI blockbuster; from flea markets to eBay; and from Altavista and Ask Jeeves to Google and Wikipedia.

Xennials are instinctively bridging the divide between Millennials and Gen X with their unique proclivity to embrace the best of analog and digital technologies without a second thought.

Perhaps you’ve noticed throwbacks in pop culture, including movies like Guardians of the Galaxy with its oldies soundtracks and Ready Player One, bridging the divide of virtual reality and reality (also full of 1980s references). Accurate, niche throwback references and branded reboots are eye-catching, often triggering feelings of surprise, nostalgia, and gratification among Xennial audiences.

With personal desktop computers at their fingertips, Xennials communicated with AOL IM and ICQ, and started to learn texting and online multiplayer gaming. They figured out the wrongs and rights of social media and broke in a new era of communication for the youth just a few years beyond them. It was a time to exercise plenty of acronyms as digital shorthand, including TMI, LOL, LMAO, A/S/L, TTYL, with early uses of text-based emoticons that later evolved into the emojis we know today. (In qualitative research, as you might already, go ahead and incorporate emojis into a rating scale or projective activity!) 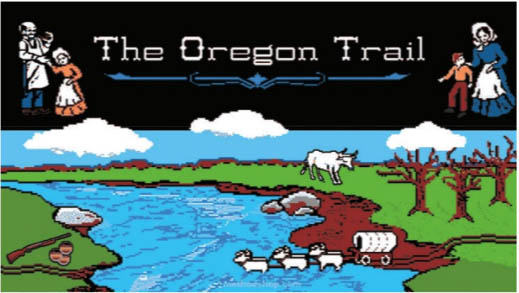 Many Xennials have a passion for video games with storylines that emphasize survival themes and alternate realities, serving as a source of escape. As schoolkids, they played a game called Oregon Trail in computer labs, simulating the brutal realities of pioneer life in a covered wagon. Points were awarded for the number and health of surviving family members, remaining possessions as settlers, and cash on hand; the total number of points could multiply in correlation to your pre-journey profession (i.e., nothing for bankers; carpenters or farmers doubled or tripled their scores, respectively). Several years later, they enjoyed playing PC games like Carmen Sandiego, Duke Nukem, The Sims or Half-Life at home. This pastime has pioneered the way for Millennial and other older counterparts to join the fun. As so many Xennials transitioned from Nintendo and Sega Genesis to Sony PlayStation and Xbox, they now aspire to immerse themselves into virtual reality, all of which has shaped the possibilities of their world view.

Notably, this was the last generation of children before the September 11 attacks. This event is imprinted on the memories of Xennials, being college students or recent grads at the time; they remember exactly where they were when they heard the news. While Xennials’ childhoods were not touched by September 11, 2001, this event and the years of complex recovery that followed are perceived to have impacted their early adulthoods.

Business hiring imploded after September 11, and was slow for a few years, which stifled the start of Xennials’ careers upon college graduation. This appears to be the era that ushered in our current gig economy for temporary positions and independent contractors. Even now, should researchers continue to classify employment for all consumers under full-time, part-time, and homemaker categories? These types of classifications are like a mullet, popular yet dated.

While some Xennials may have returned to live at home for a year or two after college, many of them stabilized relatively quickly into their independent young adult lifestyles. This experience is different from Millennials, who were forced to graduate into an even weaker economy with fewer jobs in the Great Recession and had impossibly large student loans as they completed multiple degrees to stay competitive. Although Millennials are known for delaying home ownership out of financial necessity, Xennials are more likely to be homeowners today; many of them have moved on to start their families, albeit at a later age than their parents or Gen X counterparts.

Xennials forged trails (more than the Oregon one) for their parents and younger siblings because they saw the potential of even the simplest of technology. They were among the first to search for internships and jobs online without a printed hard copy résumé, opting to post their qualifications on websites or attach a Word document or PDF file. Expensive creative portfolios were scanned and reformatted for quick digital consumption.

Many Xennials grew up with a Casio or Seiko watch on their wrist—digital watches that could do more than serve as a timepiece (e.g., stopwatch, calculator, early memory storage devices). These are the same consumers who have progressed in their choice of timepieces, wearing smart watches and fitness trackers; the more fashion-conscious may don an affordably-crafted MVMT watch, which is effectively disrupting the luxury watch industry.

Despite their innate curiosity for technology, Xennials also find themselves seeking more tactile experiences. They are especially drawn to familiar tools that are taken into the digital world, where more is possible; this is a unique mindset intrinsic to Xennials that separates them from Gen X and Millennials. For example, an Apple Pencil comes to mind—it has the shape and feel of an ordinary pencil, but when paired with an iPad Pro and its compatible app, it can replicate the simplicity and accuracy of a pencil while offering infinitely more versatility, pressure sensitivity, sizes, and digital programmability.

In qualitative market research, both digital and tactile product innovation work especially well with live in-person interviews, or even webcam interviews, to provide greater depth on their sensory preferences and features that stand out. It also allows clients to execute a more serious confidentiality/NDA that is often needed for concept testing. At the end of a rich session, Xennial consumers may even thank researchers for giving them the opportunity to share their individual feedback outside of an impersonal survey.

Market researchers are designing their research to get the most from Xennials by capitalizing on their affinity for the digital world. With digital ethnography and journaling, market researchers can harvest Xennials’ experiences and needs, even in the most established categories, to uncover opportunities and explore possible disruption.

The value of Xennials is in how they bridge Millennials’ and Gen X mindsets, expectations, and needs. This makes them a unique and efficient target for foundational category exploration and new product innovation, which can greatly assist in building an overall broader audience buy-in.

Xennials can bridge the gap between the analog and digital worlds because they grew up this way. So often now, marketers lump them in with their elder or younger peers—but I embrace the point of view that they have a lot to offer on their own and deserve unique messaging and mentions as trailblazers.