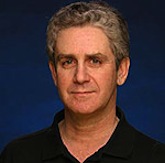 Rick Weitzer is a longtime QRCA member and principal partner of the Prell Organization, received his MS in Urban Studies from Cleveland State University and a BA in Psychology from Case Western Reserve University.

In addition to his duties at Prell over the past 20+ years, Mr. Weitzer was also Director of Research at Kerlick Switzer Johnson Advertising, conducted surveys and performed on-air analysis for KMOV-TV, the CBS-affiliate in St. Louis, taught marketing research at Southern Illinois University-Edwardsville, was on the staff of Congressman Richard Gephardt and directed polling for St. Louis Mayor Vincent Schoemehl.

What Might a Picture “Sequence” Reveal for Deeper Insights?

This article shares an interesting technique of sequencing of photos or pictures to provide a revealing look at consumer behavior, attitudes, and insights. […]

Ben McConnell and Jackie Huba are experts on the effects of word of mouth on customer loyalty. Forbes has called their work “the word […]

The Humanity at the Edge of War: What does the humanitarian response to the Ukrainian refugee crisis teach us about empathy?

The Russian invasion of Ukraine in spring 2022 has created an unprecedented humanitarian crisis. This article shares the stories of market researchers involved in relief efforts, while also discussing a disaster response model and empathy theories to explore how these events contribute to our understanding of empathy. […]