We qualitative researchers all bring something of ourselves into the room when we lead a discussion, and I’m no different. While I take what I do as a moderator quite seriously, a strong (and sometimes wicked) sense of humor is a big part of what I bring to the table as a researcher. Oftentimes, facility staff will ask me what it is everyone is laughing about during my sessions—especially when they know the topic is medical related (why would guys laugh about prostate cancer?), and I tell them that humor is a tool I use to get participants to reduce their defenses, get comfortable, and open up to a group of strangers.

I’ve always been the funny guy—I’m one of four children (including a twin brother) and we all had to compete hard for our parents’ attention. I found that making mom and dad laugh was a path to being recognized and have embraced it ever since. As annoying as it is for my wife, I always go for the joke. Not long ago, a friend of mine encouraged me to try performing stand-up comedy at an open mic night at a club in my home state of Connecticut. Let’s just say I’ve been bitten by the bug and am learning to live with the sting. Since starting this new hobby, I’ve noticed some parallels between the business of stand-up and the qualitative research game that might be interesting and useful, particularly to those with a desire to take the plunge into the qualitative research.

Many people are naturally funny and have an easy time making people laugh in social situations, but the ability to make strangers who have paid money to be entertained laugh while standing on the stage under some hot lights takes practice—a lot of it. Every time I perform, I ask someone to record it so that I can determine what jokes or stories work and which to refine or cut from future sets—this video feedback is critical as it makes me aware of how comfortable (or not) I appear on stage, and presentation is a big part of the comedy game (the more comfortable you appear, the more response you will get from the audience). I also ask other comics for feedback on my sets; as hard as it can be to hear criticism (and believe me, comics can be brutal), their feedback helps make me a better comic.

As a moderator, you have two key audiences; one who has paid to see you perform (clients) and the others whose opinions you are paying for (participants). Moderators have to feel comfortable for the former as it helps to build trust; similarly, they have to appear at ease in front of the latter to encourage them to open up in the interview. Just as in stand-up comedy, comfort running group discussions comes with experience and repetition, so if you bomb during your first group discussion or individual depth interview, try to learn from the experience, and seek out another opportunity to perform. You will get better over time!

When looking to get passed (accepted) by a club, aspiring comics are not just judged based on how funny they are; stage presence and timing play pivotal roles as well. You have to not only appear comfortable with an audience, but you also must establish a
connection with them. The bulk of my comedy isn’t joke telling; much of what I discuss are observations into my everyday life that I put a comedic spin on (arguably, sometimes it is over the top). What makes it work, though, is that most people in the audience can relate to the situations I discuss—whether it be married life, raising teenagers, religion, etc. Performing material based on things I have in common with the audience helps me to build rapport with them.

In the qualitative world, we know that rapport building is one of the most important things we can do with participants as building that connection will help strangers open up to not only me, but also to others in the group. Invariably, when a client has a lot of objectives to accomplish, one of the more inexperienced members of the client team may question why my intro section is so long (typically ten to fifteen minutes for a group discussion) and challenge whether or not we can get through it quicker. I use this as an opportunity to educate the client that the first part of our discussion is as critical, if not more so, than anything that follows because if we don’t start with a strong foundation, everything that comes after will be built on shaky ground.

Tip: When doing introductions, try to ask participants a warm-up question that can help identify similarities among them. One of my favorite go-to requests is to simply ask people something they enjoy doing in their spare time. As I learn what my participants like to do, I might share that I have the same interest as a way to build a connection with that person. If I see someone else nodding that they too share that interest, I’ll ask them to elaborate. For example, “Mark, I saw you nodding when Mary said she enjoys running. Are you a runner as well?”

Getting stage time at an open mic typically doesn’t require much more than putting your name on a list and being ready to go up when called—and then the three minutes you typically get will either feel like seconds or hours depending on how well your material is going over! When you want to graduate from open mics, though, to perform in front of bigger audiences on non-midweek nights, club owners will require that you bring at least five or so people to the gig. These are called “bringer shows” and can be thought of as pay-to-play; each of those five people will have to purchase a ticket as well as a two drink/item minimum (they pay so you can play). Once you have proven yourself as having the goods to make an audience laugh, that bringer requirement is waived for future shows at that venue.

Qualitatively speaking, the following you have as a moderator is your client following and building that takes a long time. It certainly doesn’t happen overnight; you have to earn it. Repeat clients are the lifeblood of our business as we rarely have time to go out and sell. You need to build relationships with them—just like a stand-up does with their audience—and cultivate that relationship so that you are top of mind the next time a qualitative need arises.

Tip: Build an email list of your clients and regularly communicate with them—not to look for business, but to update them on what’s going on in your world. Maybe include some trends you are spotting while in the field or share an anecdote about your recent travels. Let them know when your fieldwork travels bring you to their market and ask for some facetime to chat/catch up. Tools such as Mail Chimp (free until your mailing list is over 2,000 people) make it really simple to send out personalized mass emails and build engaging newsletters (even for the tech challenged).

A typical open-mic night usually involves fifteen to twenty aspiring comedians (usually men) mostly talking about the same things: their sex lives (or lack thereof), jokes about the president/politicians, and lots of observations about penis size and bodily functions. If you go up during the second half of the show with material around those themes, the audience will simply stop paying attention, and there’s nothing worse than hearing people talk about what they have going on the following day when you are trying to engage them (at least hecklers are somewhat engaged). Aspiring comedians have to stand out while standing up! Their material has to cut through the clutter of the fifteen sex observations the audience has just heard, otherwise they are easily forgotten.

A lot of people out there call themselves moderators; let’s face it, the barriers to entry in our profession are relatively low when compared to other professional services (think accountants, lawyers, etc.). A moderator looking to grow their business has to find a way to set themselves apart from all the other people with similar skillsets hunting for the same clients/projects.

Tip: While we moderators have to have the basics down (how to design a research study, the ability to engage people in conversation, how to probe for insights, etc.), we are well served to carve out some kind of niche that helps us stand apart from the competition. My niches are quick-turn studies, User Experience research, and anything that requires technical know-how. What could that be for you? 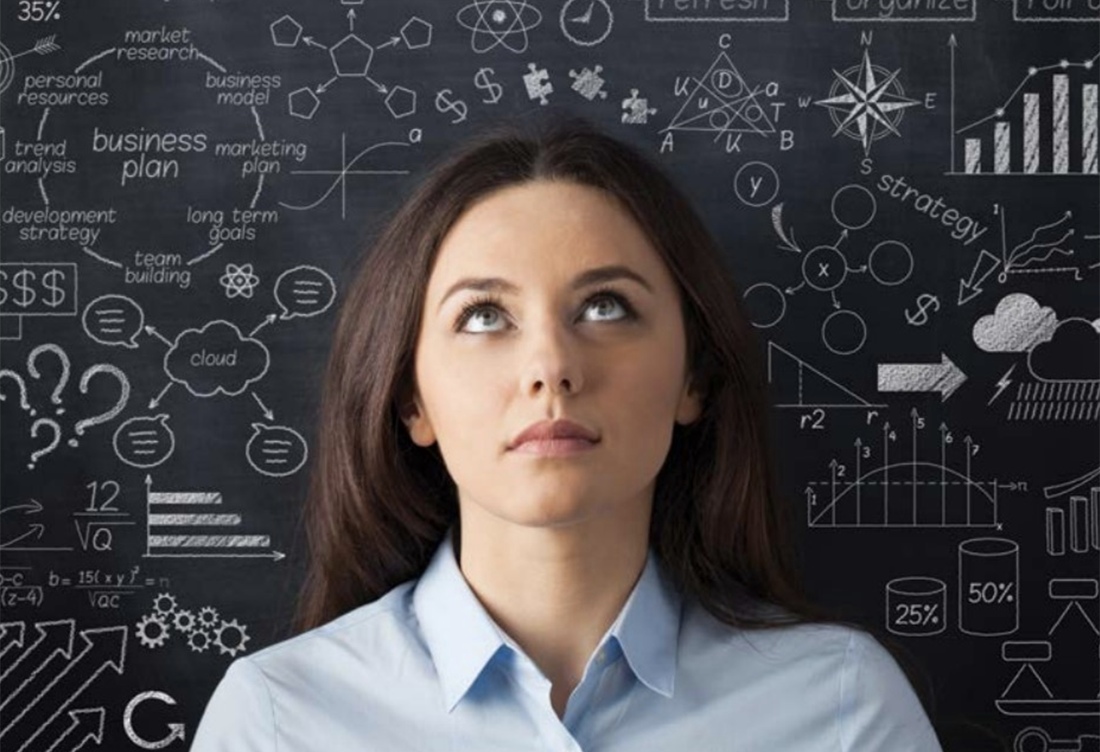 Unlike music fans who often want to hear the hits and hit the restroom when a band plays something from their new album, comedy fans always crave something new and fresh. While I now know what bits work well and are guaranteed laughs, I always sprinkle something new in each set as a gift to those who might be tired of my joke about marriage (My wife and I are celebrating twenty years of marriage this year. I don’t know why you are clapping; I know a woman who only got fifteen for manslaughter). Keeping it fresh keeps the audience coming back for more.

Qualitative professionals also have to keep it fresh. This means making sure we are up to date on the latest approaches, technologies, and tools we can use to address our client’s business challenges.

Tip: Join the QRCA or, if already a member, take advantage of all the educational opportunities it has to offer. From the national conference to local chapter meetings and from SIG events to webinars, the QRCA is an invaluable resource to help keep you up to speed. And how can I forget, QRCA VIEWS and our podcasts are pretty nifty resources, too!!

One of the reasons I was drawn to the qualitative research business is that, deep down inside, I’m a natural performer. I don’t shy away from the spotlight and I enjoy leading discussions with people I’ve never met. Similarly, with stand-up, I get a rush of excitement from the nervousness I feel in front of an audience and a high from hearing their laughter when a joke or story goes over as intended. Being successful at both means honing your craft, building a following, differentiating yourself from competition, and keeping your approach fresh. I hope to see you soon, either at a facility somewhere, or maybe even in the audience.