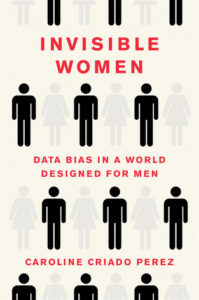 In the summers of 2014 and 2015, I paid off my student loans by fighting forest fires. In many ways, it was the perfect summer job: it was four months a year, paid like crazy, and I got to tell people I was a forest firefighter.

Plus, I got to mess around with chainsaws and go to work in a helicopter. Awesome.

It could also be notoriously boring.

But, sometimes, there’s just no fire. When things were slow, one of the most popular pastimes was to complain about management. A subdomain of these complaints was changes to equipment. New axe handles, new safety glasses, new over-rev switches on the pumps—they all sucked. Why couldn’t we just use the old stuff?

Among the equipment complaints there was an especially sore point—onesies. See, it used to be that the standard firefighting uniform was a Nomex jumpsuit or “onesie.”

Management had decided to phase out the onesies and, by the time I joined, only a handful were still kicking around. The two-piece outfit that replaced the onesie was way less comfortable and convenient. So, why on earth were we using them?

Enter Invisible Women: Data Bias in a World Designed for Men, by Caroline Criado Perez, whose credentials include being named Liberty Human Rights Campaigner of the Year and receiving an Order of the British Empire (OBE) from Queen Elizabeth II.

Well, I’m not proud to admit that it took me until March 2020, when I read Invisible Women, to figure out that if you can’t pee through a zipper, a onesie is a real pain in the ass.

Given that we were trained to drink water pretty much constantly while on the fire line, this was a serious issue. If, like most women, you can’t use a fly, it means needing to undress almost completely under challenging work conditions about every fifteen to thirty minutes. The fact that the fire service was (and remains) overwhelmingly male insulated most of us from this reality.

Reading Invisible Women, I learned that the U.K. Coastguard had a similar onesie-style uniform. Female coastguard workers had been making the case that keeping the uniform on for hours at a time is tremendously uncomfortable, and they had been asking for the adoption of a two-piece uniform. Presumably, a similar thing happened with the standard onesies that the fire service used to issue.

At its best, Invisible Women paints a wide-ranging picture of the way everyday things that purport to be gender-neutral are slanted to meet the needs and desires of men. The biases it renders visible help add new context to old experiences and shows us how we (men) benefitted from privileges we never even noticed.

For instance, would it surprise you to know that, until 2011, crash tests were conducted exclusively with a dummy intended to model the dimensions and bone structure of the average American man?

This bias in research resulted in safety features optimized for men, with women suffering higher rates of injury and mortality in car accidents. When female dummies were finally introduced, car manufacturers learned that front-end collisions were far more fatal than their male-only tests had suggested. Who knew?

Invisible Women is not without its shortcomings, however. Transwomen are not mentioned anywhere in this book—even to explain their absence. Criado Perez seems to operate on a perfectly binary understanding of gender. Further, the book would benefit from greater attention to the ways other aspects of identity like race, class, and disability can influence the experience of womanhood.

Nevertheless, I would highly recommend this book to anyone in a research or design role, but especially men. After all, it never occurred to me—despite identifying with feminist politics—how difficult it might be for a woman to wear a onesie while working on a fire. No matter what our intentions are, men, by default, have more ignorance of these longstanding design issues to overcome. Reading Invisible Women is one small corrective step we can take.

Mary Ellen Bates is both the beauty and brains behind Bates Information Services, where she provides strategic business research for business professionals and knowledge […]

John Arnold is a leading marketing speaker and author specializing in marketing advice for small businesses. He is the author of “E-Mail Marketing for […]